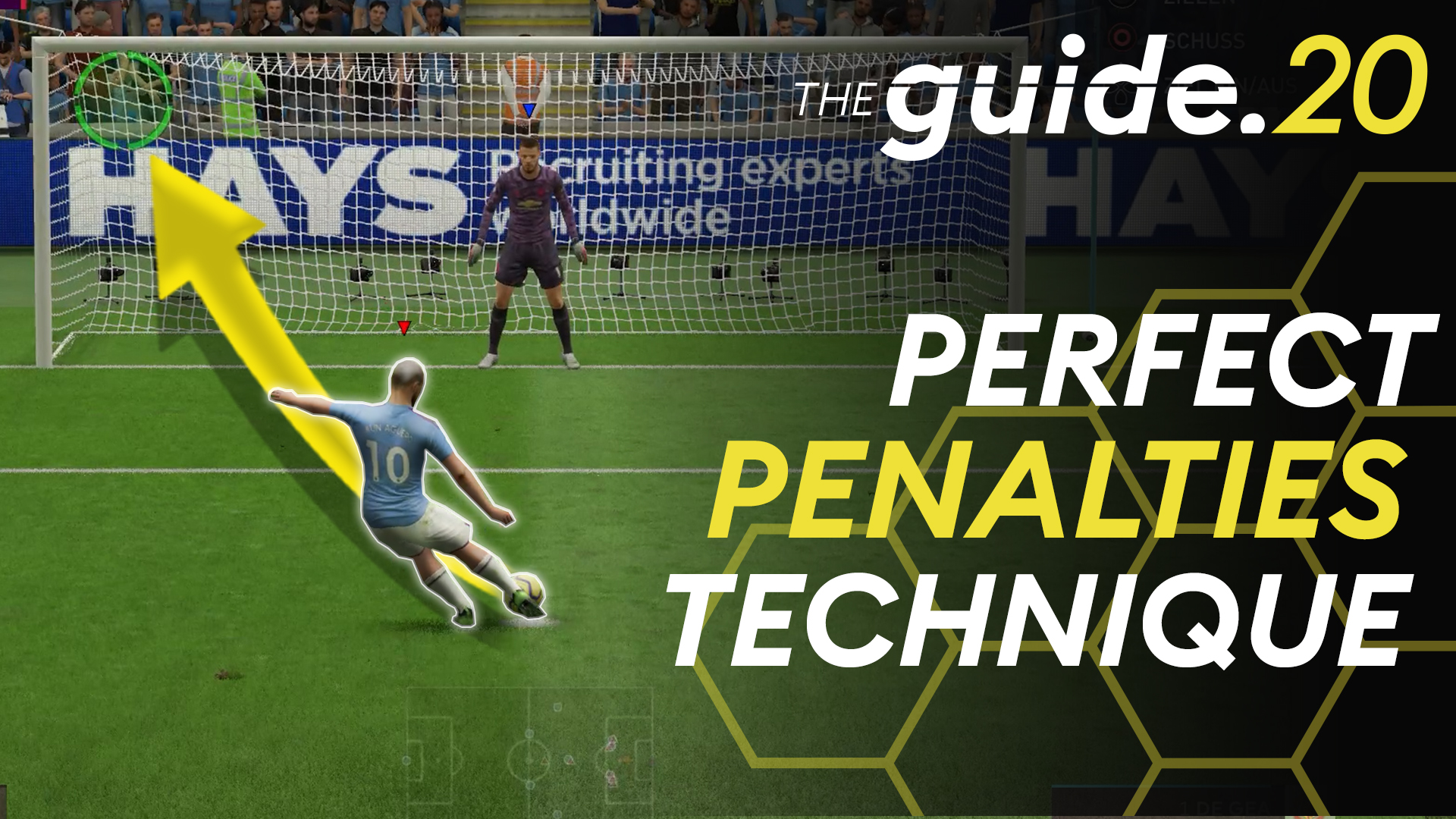 In this article we cover how you shoot the best penalties. Of course, it is not a technique that sets your conversion rate to 100%, because there is always a goalkeeper in goal who can hold the ball, but it’s the most precise option available.

In FIFA 20 there is an indicator for aiming the penalty kicks. If you want to aim in the upper corners the indicator goes beyond the goal without any limitation. So, if you want to aim at the top corners, you have to hold the left stick at a certain angle and as if that wasn’t hard enough, the indicator is much more unsteady in online games than offline.

Regardless of the more difficult aiming, the player indicates where you are aiming by moving his head, only after powering up does the head return to a neutral position. Therefore, aiming before powering up is not a good idea.

The two problems from above are joined by a third one: The error of the shot. This is displayed by the white circle around the indicator, the shot can land anywhere within this white circle. It is influenced by two things: How much you power up the penalty kick and how much you move the indicator back and forth after powering it up.

Why does the technique work and how?

The technique consists of three steps:

1. press and hold the shoot button without aiming, charging about a third to half of the bar.

2. stop paying attention to the indicator and concentrate only on your player’s run-up.

3. when your player puts his non-shooting foot on the grass for the first time, you start to aim completely into a corner.

It is better to start too late than too early to aim, as the indicator will then remain in the goal and there is therefore a chance of scoring. Nevertheless, you should practice the technique several times in the arena.

Because you move the stick late and therefore only for a short time, the error of the shot is much smaller than with other penalty kick variants. Furthermore, this technique also allows you to aim without the indicator, because timing is the most important thing.

This technique suffers especially in delayed games when the indicator starts moving too late compared to your input. You can try to adapt to the delay, but this may cause you to lose your feel for it and shoot with less confidence than before, so better play it safe.

Another problem is that the goalkeeper, if he has the right corner, can hold your shot.

Certain players have a special run-up, for example Neymar, Pogba or Cristiano Ronaldo. Since their run-ups are either slower or faster than the standard run-up, this technique doesn’t work with the timing which we described in this article. The technique could be adapted to use it with one of these players, but for this you would have to adapt the timing to their unique run-up.